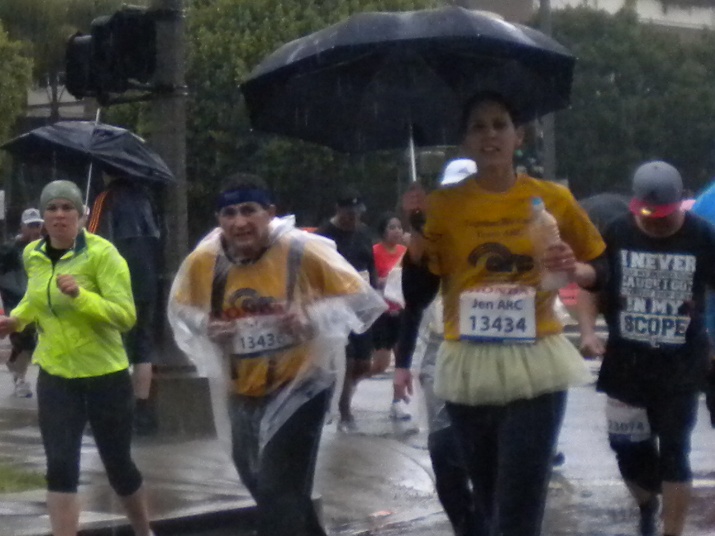 Tim Sathre and Rafael Adame, two consumers of North LA Regional Center, are getting ready to run their 5th Marathon which is 26.2 miles, an utterly amazing feat to watch in March 21, 2011. Their determination and perseverance to complete this challenging task is a tribute to their abilities.

Running has brought more focus and increased calmness in both athletes. They both are more attentive and able to complete their jobs with more confidence.
Running marathons has increased their cognitive skills, most noticeably in hygiene skills, time management, nutrition, and social skills. They have had positive behavioral changes. They have reached what is known as self efficacy. That is the belief in your ability to achieve what ever you’re attempting to do. 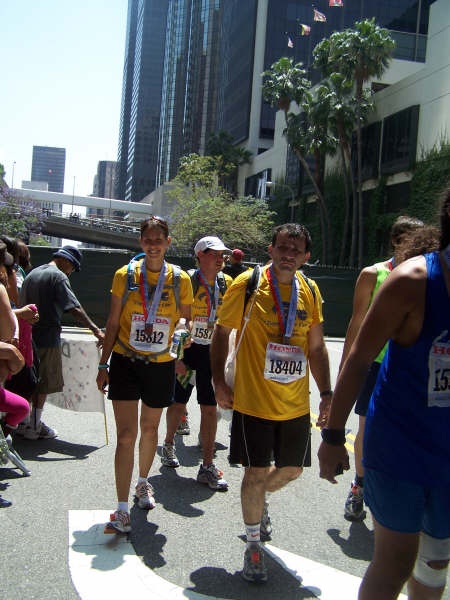 They are admired by fellow workers at their respective jobs at REI and Valley Palms Convalescent Care Center. Tim and Rafael ran their 1st LA Marathon in the year 2002. They ran/walked in 8 hours 20 minutes and numerous bathroom stops. They were very supportive of each other.

In 2008, they were ready to train for another marathon, so they started training with support staff and volunteers. Thank goodness the LA Marathon was scheduled for Memorial Day weekend 2009 instead of March. This gave them extra time to train properly. May 2nd, They ran the Palos Verdes Rolling Hills Marathon. They finished in 6 Hours 25 minutes. They completed the 2009 LA Marathon in 6 hours 17 minutes.

The following year Tim & Rafael ran the 2010 LA Marathon with the theme “Stadium to the Sea.” They ran it in 6 hours 48 seconds. They saw many landmarks of LA. It brought community awareness to them and their peers. Not only have they fulfilled their dreams and goals, they have inspired others to run/walk the Marathon and 5 K and 10K. Their finishing time doesn’t matter to either of the runners, for they know they have finished a MARATHON, what few others with a developmental disability have accomplished.